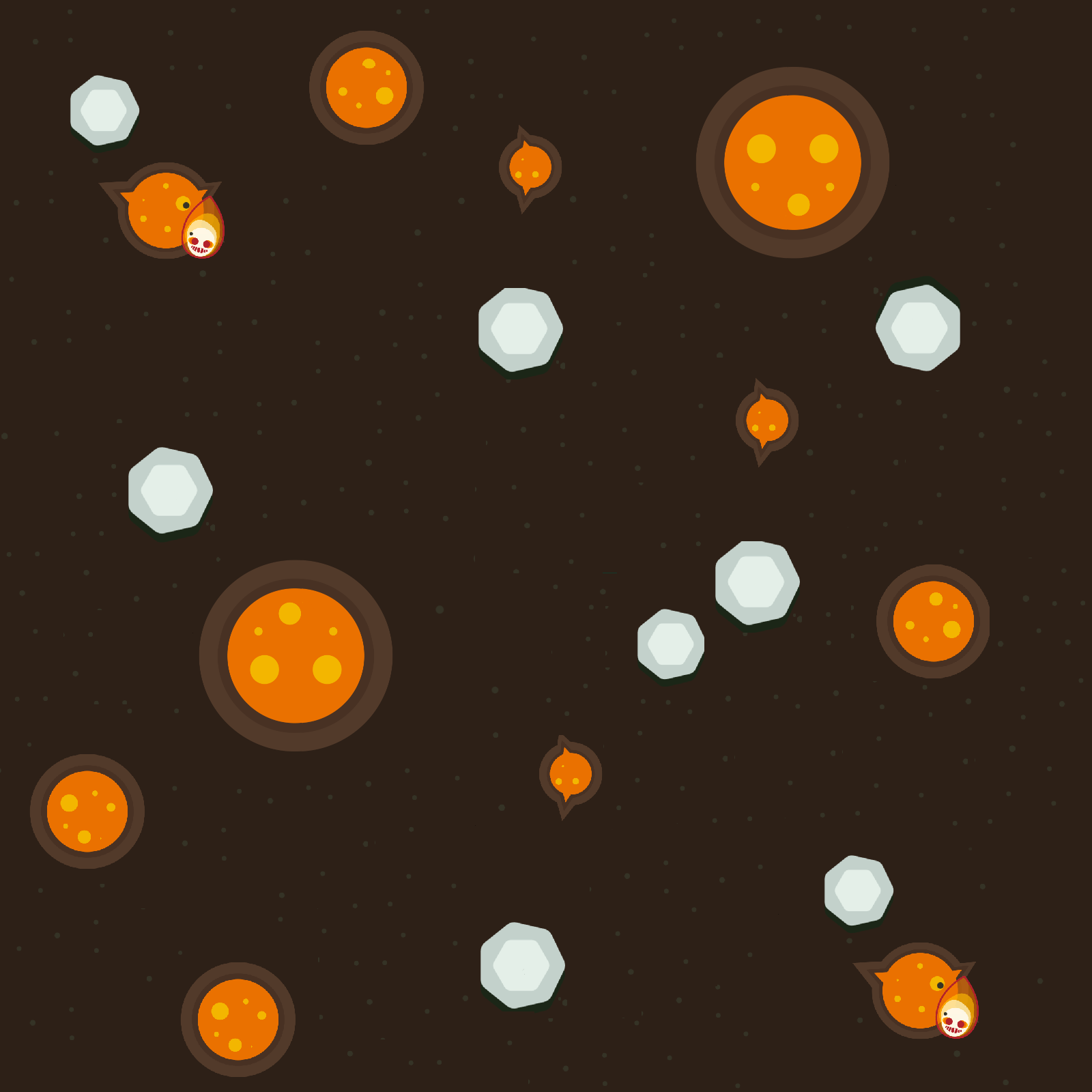 What's on your mind?

Can you use a Nintendo Switch Pro Controlled with this game? It’s a really nice one. Also, If you want to connect one to your PC/Mac/Android, just press the sync button(The small button on the top of the controller), Go to Settings, Bluetooth, and then if on PC, Go to add Bluetooth device. It should connect. Just something random.

its like a wooden wall :v
diamond walls and stone/gold doors :v
so stronk its impossible to break
*taps it once* wall: *dies*
HOT POTATO REEEE

Help meeeeeeeeeeeeeee i have a frickin fever and im going crazyyyyyyy but nvm about that cause every time i spawn, people appear out of nowhere and start killing me. also, im building a luxury base in your server sandbox in starve and it consists of a living room, pool and farm. but every time i try to finish either i forget to put roofs on the base and people yeet right in and kill me or team with me, take alll that stuff in the chests and kill me or while im building the farm people break in the living room. please.

The wiki is dead and the game is dying

How are ppl so good at it? the best i can get is a 3 player kill streak, but i was just lucky.. anyway, i keep getting 3v1'ed by a bunch of savages that are pro at pvp

Mobs
Die to kraken?
Die to piranha aka evil fish?
drown
survive
die of other stuff like temprature,food
Other (comment)

My dear friends, the starve.io wiki is finding it hard to breathe! the wiki is struggling to survive. we must do something! please, give this wiki life once more... if you help, i will be very happy!

First i get wood pick then get wood sword after that i get the stone version of pick and sword and then i go out to make bag. once i have bag, i go out to scavenge for dead boxes or loot boxes. like this you get stuff way more easily then spending 10 mins of your life getting 45 gold with your stone pick. after i get the things i want, i either go get gold pic and gold sword or i move into a team which can give me gold. (thats if the dead boxes i get dont have any gold.) once i have golf pick and sword i go build a base. my base usually will be around the middle lake and i will kinda build my base by progressing through the different walls to weak to strong. i place the weakest walls inside and strongest on out. so like this: wood then stone on outside the gold on outside then diamond (i dont really get this far tho) on outside, then amethyst on outside (this part is starting to get hypothetical), then reidite (yep im pretty sure i never did and never will get this far... welp thats sad) on out. once i have my walls i make a small farm in a corner and i will take up the whole middle lake and a bit or the river sooooooooo i will kill others but only for that purpose. ill have some beds and chests and extractors so i dont have to go anywhere and im doone. ill have the following items:

Someone has just had to be the last. Firstly, it is warm in the forest. Secondly, it can be driven into obstacles really easily. By far I know, no one yet died attempting to kill a rabbit.

Absolutely no problems, but it can team up with spiders. Really easy to kill, but more dangerous than a rabbit.

I wondered bear or fox is stronger? I realized soon that damage is too low to create a problem for normal starver.

Firstly, somewhat problematic to kill without losing a life. Then, why is it harder to kill than an arctic fox? a. Because it can deal massive damage if you are inaccurate. b. It is harder to kill if there are other mobs around.

Just damage it while flying, then kill it normally. Represents a lesser threat than a boar.

Can take some time to kill, but if correct technique is used, not that hard.

More health then boar and more damage. But slower speed compensates it.

High speed, decent damage, 240 health. Can cause some problems.

Faster than you with a weapon, high damage, decent health. Also, let's not forget about the biome it lives in.

Anyone who killed sandworm knows it is not hard.

Leading it to the forest is possible, but it runs back to winter and has 3000 health.

Literally high damage, the same speed as a dragon, and lives in the cave.

Not that hard to kill, but still.

Somewhat stronger than the dragon.

Surprisingly, superior to the dragon in almost all ways.

Takes about 1 day to tame it. Not that hard, but still pretty luck-based. It is slightly harder than a quest item, mainly because it takes some time. and luck. Winter peasant is faster to get, I tried.

Baby dragons can break structures, although it is really cold in winter. Also, let's not forget about other dragons.

Literally waste 40 minutes on a farm.

Kill some piranhas, kill a kraken, and collect a lot of resources. Takes slightly more time than watermelon.

Less costly than a sword.

Not much to explain here

Kill 3 bosses, a ton of spiders and collect many resources and waste a day on mining 200 emeralds. Also complete 1 quest, and kill vultures and hawks. A ton of time is needed.

Takes really much time to attempt to tame it, and let's not forget about the heat and the fact it breaks structures.

Firstly, one can argue you can block spawn points. But players are annoying because they can break structures or attack you. A good percent of PK-ers are in the ocean usually. Secondly, the chance is really slim. Less than lava baby dragon. Secondly, you have to waste time to identify hidden chests and walk between islands. Also, because of PK-ers, you need a boat or diving gear, which already takes some time. Takes more time then dragon bow, more luck-based then baby lava dragon. Most players don't even saw it. I needed 372. 372 stupid chests to find this sword. 372. CHESTS. Is not that crazy?

EDIT: Thanks to Williek11 for some help.

First build a 4-digit square and then connect another square to that square we just made. then turn the squares into 9-digit squares and then make more of those squares attaching to the squares you have and that is your base. ok ill mAke pic if u want to cause explaning is a pain. ok actually ill do this later byee

U ok theres not a lot of activity going around

But this is a really good trick to getting golde bread

Strategy
I do +3 quests in a single match. Pretty easy tbh
I always complete at least 1 quest in every game
I'n not used to do them, but i could if i wanted
They are hard so im not use to complete them
I have never done a quest yet :(
I can't even reach gold lol

My name will always be ℂ๏𝕤𝕞๏ and i usually spawn in a community server called slurps sandbox 2 make sure you are wearing a crab helmet to join my crab clan that i will have in communinty servers. u have to have crab helmet, crab pet and if u want to, crab spear. u can join my normal starve group ($$) that means $hooting $tars too.

U know that feeling when you get so many points and you die bcs of hunger or some random idiot tryna kill u and take ur points? its so annoying when people do that. and why do people decide to be a whole savage and team with u, then "borrow" some of ur stuff, and start to kill u with their (your) weapon. THEY JUS WANNA KILL U FOR POINTS!!!! ugh... ok bye ima sleep its about 10 over here in canada byee.

1. Complete 10 chrono quests and die to a wolf
2. Getting 1M+ points and die because of cactus
3. Defeat a clan and die to sudden sandstorm
4. Get full lava gear and die to a hit with book
5. Get super hammer from chest and die to piranha

I'm kinda confused on em'. Are clans like a group of people who get on together and build a base or something? Or do they just put (AA) Or their clan initials or something and walk around? I don't really know...