Hello starvers, this is a comprehensive guide to playing Starve.io. This is page is written so you can play in the stage order that it is structured in, so don't skip to the bottom and try to learn how to beat dragons before you can mine wood.

This page also presumes you understand/have read the following posts:

So the first thing you'll want to consider is choosing a server you like. If you are a lone wolf, servers with 15-25 players are the best. With too many people, things can get quite chaotic and there are generally fewer resources for everyone as the map stays the same regardless of player count.

If you are a team player, you should choose a large server. The best size for this is 60-75 players. This way it is very easy to find a teammate. In small servers usually, you can only find 1 or 2 players to team with but in large servers, you can often find 5-6 players. Be warned though, there are usually savages (players that kill others for score and items) everywhere.

Lastly, try to find a server in your continent that suits your needs too, it is hard to do anything at 3 frames per second.

The best time to spawn is late at night, as you'll be able to get basic harvest tools before sunrise and not waste any daylight. Unfortunately, you can't really time your spawn, and you might spawn just before dark. If you do, don't panic, just head to the river. Walk down it, it is very likely you will find someone with a campfire on the edge.

If you don't do that and have made it to daytime, your priorities should be getting a wooden pickaxe (10 wood) and about 25 berries. Just walk up to a tree or bush and start hitting it to harvest. If you started at night, do the same but come back to your campfire when you start noticing your temperature bar going down.

When you spawn, you will notice that there are rabbits, wolves, spiders, hawks, and boars. It's best to avoid all these mobs as a player will need a sword/spear to deal with them. Wolves and spiders are hostile and dangerous, especially when they're both chasing you simultaneously. Boars and hawks are neutral mobs, so even if you hit them by accident, they will become aggressive and attack players in sight. You can tell if a mob is aggressive or not if they have a red outline around them.

Avoid players with helmets, especially powerful ones. They are mostly just cautious hunters, but some will be savages. Generally speaking, you will not get attacked by players until later in the game when you have better tools and resources.

Find some stone deposits and gather around 50 stone.

Next, you'll need to pick a spot to be your temporary base. Your base should be near the edge of the water so you don't die of thirst at night. Also, try to find a place near multiple resource deposits. Now, open the map in the bottom right corner of your screen. When you're at your chosen location, left-click the orange dot (you) to pin your location. Make a workbench and place it. Try to put it against a resource deposit making a wall parallel to the water's edge to keep mobs away. Craft a stone pickaxe. A point of conflict within the community is which weapon is better: swords or spears. For early game, swords are better for most because it saves a great deal of time when grinding. However, spears are better in teams because the range is much farther than swords. As such, you can get a first hit advantage, and also hit more players at once. Bows are not recommended, as they are very expensive. If you intend to make gold tools, now would be the time to do so. Gold Ore can be found on the map, marked by a picture of an ingot. You'll need 20 of it to make a pickaxe, 20 for a spear, and 40 for a sword.

Now onto hunting! To get your first essential items, the IKEA Manual and Bag, you're going to have to kill 9 wolves and 5 spiders. Once you've finished crafting your wood weapon of choice, upgrade it to stone, as wood weapons simply take too long to kill mobs. In addition, I would suggest crafting a Machete. This extremely useful item doubles all of the drops the mobs give you.

Your inventory should now look like this: Stone pickaxe, stone weapon, berries, wood stack, stone stack, Machete or Cooked Meat, and extra fires (you should always have some on you!). You need the other three slots for raw meat, wolf fur, and thread.

With only a spear or a sword, your only real option is to kite. For wolves, lure them close and hit them on the nose for damage. They have a speed pretty much the same as you, so if you don't circle around him, you should be fine. In the contrary, stop attacking for a second and then keep going. If you feel up to it, aggro a couple of wolves and do the same because you can hit multiple mobs at once. Spiders are the weakest mob in the game, not including peaceful mobs. If you feel like it, you can take on multiple spiders at once, if you have at least stone weapons. However, if there are other mobs around, such as wolves or boars, never take on a full group, because then you're a box. You should kite spiders the same as wolves. A machete is highly recommended to make hunting easier. Hit the mob boxes with it to double your loot drops.

Once you've killed the minimum mobs (ignoring rabbits/crabs etc, though don't be shy to pick up some more kills before night) or darkness has fallen, head back to your marked camp and begin crafting a bag. While you're waiting, fill up on water and bait some mobs to your place. Strafe around your campfire, making sure you stay on the outer reaches of your heat so you don't get caught and don't hit your fire, as this will put it out. By the end of your first full day, you should have a bag and stone tools. If you have time left, the IKEA manual, aka the Book, requires 4 wolf fur, 4 paper and 4 cord, and will be essential later. The book makes crafting 3 times as quick. Always remember to equip your book to craft! You can use it to cook all of your raw meat (Make sure you're near a fire) and stop relying on berries.

If you're here, that means you can survive your first nights with little trouble. (Or you're here after getting destroyed by a crab and wondering where it all went wrong) Either way, now you have to choose what kind of Starver you want to be.

Base Building and Farms

You may want to build a base in your play-through. Bases are useful to protect you from mobs, aggressive players, and anything that can really harm you in general. However, a good base requires a lot of resources and you shouldn't start building one until you're fully prepared.

If you decide to create a base, make sure you build it in a livable location. The ideal place would have:

You want to build a farm, but you don't know what to plant and where? It's best to choose a nice place with a lot of space.

The main mobs you'll be fighting early game are spiders and wolves. Every mob has a method for killing its prey and attackers.

In the mid-game you'll be fighting polar bears, winter wolves, penguins, and maybe even mammoths and dragons.

So, you are being attacked by a player? Do you see a savage attacking an innocent player? Or are you wanting to be a ruthless player killer but don't know where to start? Do you have the courage? If yes, then it's time for PVP!

I generally don't recommend player vs player, but when it can't be avoided, here are some general tips.

AFKing is when you want to be able to try to survive as long as possible, but you can't always remain by the keyboard forever.

If you want to try to AFK, you need to maintain all four status bars as high as possible. You will most likely need to build a base if you want to be able to survive. Out of the four biomes, the Forest will most likely be your best option. To maintain the Food bar, press R to Auto-Feed. Make sure you have plenty of food. To maintain the temperature bar as high as possible, equip a mammoth chapka, as you will not lose or gain heat with it equipped in the forest. To maintain you water bar, your base should be on a water source and have bridges over the source so you don't drown. To keep your health bar full, make sure your base is roofed to prevent mobs from spawning and diamond walls or higher to keep others out. For your three bars of food, water, and temperature, it is also advisable to sleep in a bed to slow the bars' descent even more. Even with these strategies in place, it is inadvisable to AFK for too long, as you can still eventually die if left unchecked. It would also be a good idea to have teammates protect you from savages so you can AFK as long as possible

How to do auto-clicking without downloading apps or hacks(Only works on a computer or any keyboarded device.) Step by step:

A: This is a personal choice up to the user to decide which fits them more. If you are unsure, then take this into consideration:

A: It's up to the player if they are skilled enough with the bow. The bow is strong but very expensive. The Dragon Bow is easily the hardest recipe in the game. I mean, to get it you have to kill a bunch of mobs, get a lot of resources (200+ each one), and to use Dragon Arrow you have to kill one of the hardest mobs, the Sandworm.

Q: To savage or not to savage?

A: Savaging is easily the most controversial play style ever. People will hate you, yes. People will focus on you, yes. You will get tons of points, also yes. It's totally up to you if you prefer points above having a good relationship with the community. 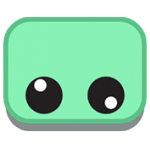 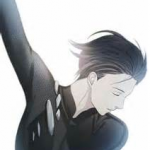